Sumter County Sheriff’s detectives conducted an undercover operation after finding the stolen motorcycle on “Facebook Marketplace” and “Offer Up.” The advertisement was placed by an individual identified as April Nicole Adkins. Detectives posed as interested buyers and met with Adkins at a home located on County Road 221 in Wildwood. 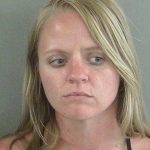 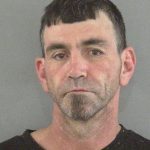 During the meeting, undercover detectives were able to confirm the motorcycle was the stolen motorcycle and the 31-year-old was taken into custody. Her boyfriend, 47-year-old Patrick Joseph Smith, was discovered hiding in a bathroom.

Detectives believe the pair has been involved in multiple thefts and are actively investigating. If you have any information regarding any thefts committed by these two, contact Detective Justin Street at 352-689-4612, 352-569-1680 or Crimeline at 1-800-423- (TIPS) 8477