A raging driver who smashed into a parked motorcyclist, breaking his legs in a horrific “revenge” attack , has been jailed for 11 years.

Robbie Cheetham, 23, saw red when the motorbike rider accidentally clipped the door of his Audi A5 as his girlfriend opened it, and went in search of the 26-year-old biker. 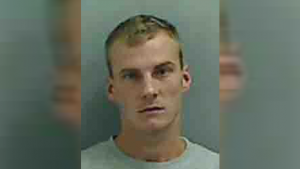 He cruised the streets until he found Mr Bracchi parked by the road, checking his bike in Redcar, North Yorks.

Local man Cheetham, who was serving a suspended prison term over a 90mph police chase, has been jailed for 11 years.

Cheetham smashed into the dad of four, breaking his legs. His victim might never fully recover, Teesside crown court heard.