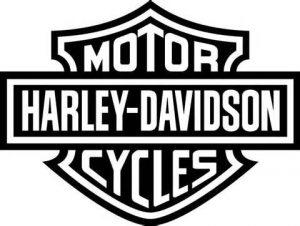 MILWAUKEE — Harley-Davidson Inc. said it is standing by its plans to close a motorcycle assembly plant in Kansas City, ending about 800 jobs there, despite a plea by Missouri congressional leaders who reminded Harley of the millions of dollars in incentives the state has provided the company over the last two decades.

In a letter sent Friday to Harley CEO Matt Levatich, Missouri Sens. Roy Blunt and Claire McCaskill and Reps. Sam Graves and Emanuel Cleaver II noted that Kansas City beat out 30 other cities across the country when Harley was looking to build an assembly plant in 1996.

“It came with a considerable incentive package from the city, Platte County, and the state of Missouri,” the bipartisan group of lawmakers said in the letter.

“Over that time, the company has become an important part of the community, and has grown to be one of the largest manufacturers in the Kansas City region,” the letter said.

State and local leaders offered a $6.4 million incentive package to lure Harley to Kansas City initially and those subsidies grew by tens of millions of dollars over time, according to a January story in the Kansas City Star.

Harley spokesman Michael Pflughoeft said Friday the company had not yet seen the letter. But he said the decision to close the plant was based on market conditions.

“Ultimately, this initiative is about reducing excess (plant) capacity. Our Kansas City workforce has done a tremendous job producing quality motorcycles and serving our customers. And we have always appreciated the support of our Kansas City community,” Pflughoeft said in an email to the Journal Sentinel.

“Unfortunately, there’s nothing our unions or local or congressional members could have done to relieve the pressure of excess capacity we have in the U.S. today. If there was, we would have reached out to discuss options.”

View all posts by Don V →
Lady Riders MOTORCYCLE GEAR MAKERS NEED TO DO MORE THAN ‘SHRINK IT OR PINK IT’
Biker Killed, his life worth $1520.00 in Illinois