Brother John Just Sayin’ If you legally own a firearm – you should be a member of the NRA! That is if you wish to remain legally owning your firearm. It is reported that 130 million people own firearms in the United States with aprox 400 million firearms. The NRA has almost 5 million members (should be 130 million members). However when a poll was taken 14 million people claim to be a member.If those 14 million who claim to be a member – were to actually join. With just their $40 membership dues, that would come out to $560 million just from membership dues. Dumacrats have millions $$ behind them, with New York Governor Andrew Cuomo has declared war against the NRA “Put Them Out of Business”! Cuomo has threatened every bank & insurance company to not do business with the NRA. Those that refuse to sever ties with the NRA will find themselves in the crosshairs of New York State agents – to be harassed, hassled & persecuted into submission. Without a bank account the NRA can not continue to operate. Cuomo’s tactics are working, as banks & insurances companies knuckle under to Cuomo’s threats! The NRA has filed suit against Cuomo but needs additional $$ & numbers to fight back! United We Stand – Divided We Fall! Join the NRA! 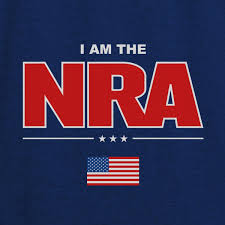 It has been reported that our great state of Florida is trying to issue drivers licenses to illegal immigrants (Oh – Hell NO)! Really – When did we vote on that one? So it seems that our elected officials can do whatever they want regardless of what the people of Florida want! It has also been reported that the Speaker of the House Nancy Pelosi is backing the lowering of the voting age to 16yrs old  (WTF)! I can’t imagine who  would want to keep doing –
stupid & irresponsible moves over & over? Miami police
chief Jorge Colina say’s he will  ignore SB168 which would
require state & law enforcement to comply with ICE personal &
prohibit sanctuary policies. As police chief, Jorge Colina swore to uphold the laws of the state & federal when he
accepted that position. Now he say’s he don’t want the
job if he has to uphold the laws! Then – Quit! If ya can’t
do what you swore to – no one wants ya in the position!
Just say’n – Brother John