LAKELAND, FL – Members of the Lakeland Police Traffic Homicide Unit are continuing their investigation into a fatal accident early Tuesday morning, Feb. 27, between a garbage truck and a motorcycle. 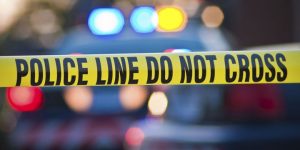 Around 5:27 am. a contracted garbage truck for the Polk County Waste & Recycling Department was heading north on Socrum Loop Road when it struck a motorcycle from behind that was stopped at the intersection of Socrum Loop Road and Lakeland Park Boulevard.

Dimezza was thrown off the motorcycle and, despite attempts by Polk County Emergency Services and the Lakeland Fire Department to save his life, he died at the scene.

The road was shut down for 4 ½ hours while the traffic homicide unit investigated. No charges have been filed at this time.