Yamaha has been on a product tear over the past few years. The FZ-07, -09, and -10 Hyper Naked sportbikes are fantastic, and the sub-liter FZs are a screaming value to boot. The tuning-fork brand is gunning for Harley with its humongous Star Venture, a full-dress tourer that combines Japanese refinement with a stonking huge V-twin. The latest version of its vaunted R1 race replica consistently wins raves from the motorcycle press. And now, well, there’s the Niken.

Two wheels up front and one in the rear isn’t exactly a new idea. Can-Am’s Spyders offer an open-air experience for those who, for whatever reason, would rather not be astride a two-wheeler. The Morgan 3 Wheeler is an is an archaic hoot. And Piaggio has been building its MP3 line of scooters for over a decade now. It’s this last machine that the Niken most closely resembles. The Piaggio and the Yamaha differ from other three-wheelers by employing a front-suspension setup that allows a three-wheeler to lean like a bona fide motorcycle while offering reassuring, tripod-like stability as well as a larger front contact patch.

It’s hard to talk about the motorcycle industry in 2017 without talking about Indian Motorcycles. Sales for the Polaris-owned brand have been soaring with double-digit growth while another American cruiser brand which will remain nameless is struggling. Motorcycle sales in the States are down overall but that hasn’t stopped Indian from growing its market share in big bikes from three percent to ten percent in just one year. The boys in Milwaukee still have a comfortable lead in the segment, but the gap is closing faster than anyone could have predicted.

So what’s the secret? What’s the special sauce behind Indian’s success? We reached out to Indian’s marketing director Reid Wilson to find out.

“There are a variety of factors that we believe have played a role in our ability to outperform the industry throughout 2017, no less of which is ……….. READ MORE
https://www.msn.com/en-us/autos/motorcycles/heres-why-indian-motorcycles-is-growing-while-the-competition-struggles/ar-AAuaCWk

37-year-old man was killed when he crashed his motorcycle into a tanker truck early Monday near Naval Base San Diego, police said.

The motorcycle rider was traveling west on Harbor Drive near West Eight Street around 5:50 a.m. when the driver of the truck going east turned left into a gas station, police Officer Robert Heims said.

British rider Daniel Hegarty has died after a horrific crash in the Macau Motorcycle Grand Prix. The 31-year-old, competing for Topgun Racing Honda, came off his bike at a sharp bend during the sixth lap and was flung into barriers, losing his helmet and sustaining fatal injuries.

The race was immediately red flagged and never restarted as Hegarty was treated. He died on his way to hospital. A statement from the race organisers on Twitter read: “The Macau Grand Prix Committee extends its deepest sympathies to the family and friends of Daniel.”

They added in a separate statement, as reported by motorsport.com: “Daniel’s family and team have been contacted, and the committee will ensure every assistance is extended to them.”

Hegarty, from Nottingham, who was a regular at the Isle of Man TT, had tweeted on Friday: “Positive Q2 jumped from 19th to 15th with much more competitive times. Really thankful to the @TopgunRacing1 team for their hard work. Bike is much easier to ride now.”  …..MORE

A pregnant woman died and her husband was critically injured after a motorcycle crash in, Palm Bay Fl. police said.

The womans husband Anderson Premoo, 41,  was operating the motorcycle with his wife, Morgan Premoo, 33, as the passenger. Neither wore helmets, officers said.

The motorcycle struck a silver Volkswagen that pulled out in front of it and the couple was ejected from the motorcycle and flew over the car.

Police did not release the name of the Volkswagen driver Tu

BONNEVILLE, UTAH  (August 16, 2017) – This past weekend, Indian Motorcycle kicked off the 69th annual Bonneville Speed Week by paying tribute to its iconic heritage and the 50th anniversary of Burt Munro’s historic land speed record in grand fashion. The tribute was highlighted by commemorative land speed runs by Munro’s great nephew Lee Munro on a modified 2017 Indian Scout appropriately named “Spirit of Munro.” America’s first motorcycle company capped off the weekend with something that had never been done before – a moonlit screening of “The World’s Fastest Indian” under the desert sky for Speed Week campers.

“The World’s Fastest Indian,” staring Sir Anthony Hopkins, immortalized Burt Munro and the historic under-1000 cc world record run of his 1920 Scout Streamliner in August of 1967. Prior to its special commemorative screening on the Bonneville campground, the film’s director Roger Donaldson and Burt’s son and grand nephew,

John and Lee Munro, shared anecdotes about the making of the film, Burt Munro and the impact his achievements have had on Indian Motorcycle and motorcycling in general. The talks and screening drew throngs of Speed Week attendees who were captivated by the feature film, cheering and clapping throughout as they watched under an immaculate starry night sky.

“I’ve seen the movie countless times. But to watch it with Speed Week attendees, the Munro family and the film’s director on the very Bonneville grounds that the film was based upon, was a surreal experience,” said Reid Wilson, Indian Motorcycle Marketing Director. “It was a special way to honor Burt and the perfect way to compliment the efforts of Lee Munro and our Spirit of Munro racing team on the Salt Flats that weekend.”

Indian Motorcycle teamed up with Kiwi road racer Lee Munro, Burt Munro’s great nephew, to celebrate the 50th anniversary and recreate the historic run during the 69thannual Speed Week. A team of engineers worked nights and weekends to create and refine Lee’s “Spirit of Munro” Motorcycle, a modified and partially streamlined 2017 Scout. The team’s goal was to match Burt’s land speed record of 184 MPH to fully pay tribute to his run.To qualify for Bonneville, Lee achieved his speed licenses through runs at El Mirage Dry Lakebed in California, while even securing a land speed record of 186.681 MPH in the MPS-G (Modified Partial Streamliner) 1350cc class during his rookie run and surpassing the team’s original goal.

Entering Bonneville, the team’s new goal was to eclipse the 200 MPH mark. However, Lee’s runs proved to be a battle against the elements. Lee attempted his first two runs on the five-mile short course, resulting in his top performance of the weekend at 191.28 MPH and an unofficial run due to timer technical error. The following day, Lee and team made gearing changes and took the modified 2017 Indian Scout out on Bonneville’s nine-mile long course. Unfortunately, high winds and rough overall conditions hindered the motorcycle, resulting in 186.415 MPH in his lone run of the day. On Monday, the team took another attempt on a newly routed long course, yet rough surface conditions forced Munro to exit his run before completing the timed section.

“It was my greatest honor to represent Indian Motorcycle in such an incredible tribute to my great uncle on this historic 50th Anniversary,” said Lee Munro. “We may not have had the results we were after, but piloting a modified Indian Scout on the same salt as my great Uncle Burt will forever be one of my most-cherished experiences. I looking forward to future runs and more success with my teammates and friends at Indian Motorcycle.”

Based in America’s heartland, the Spirit Lake Experience Centre is a free for motorcyclists looking to connect with the iconic American Indian Motorcycle brand.

Visitors will observe the assembly process that’s conducted from start-to-finish with robotic machinery and witness new Indian bikes come right off the line.

The Spirit Lake Experience Centre will also serve as a venue for private events.

“As America’s first motorcycle company, we have a rich history and a loyal following of motorcyclists,” said Steve Menneto, President – Indian Motorcycle. “Right in America’s heartland, the Experience Centre not only serves as a unique destination for motorcyclists to engage with the brand, but also showcases our outstanding people who build premium motorcycles.”

Motorcyclists attending the Boji Bike Rally will have the opportunity to visit the Spirit Lake Experience Centre on Friday and Saturday, August 18 and 19, from 9am-2pm.

The Experience Centre will be open for complementary tours on Mondays and Fridays from August 21 through to November 3, 2017.

Tours will then reopen in 2018 and will be conducted through appointments only, which can be made by calling Indian Motorcycle Spirit Lake at 712-336-6955.

ABOUT INDIAN MOTORCYCLE
Indian Motorcycle Company, a wholly owned subsidiary of Polaris Industries Inc. (NYSE: PII), is America’s First Motorcycle Company. Founded in 1901, Indian Motorcycle has won the hearts of motorcyclists around the world and earned distinction as one of America’s most legendary and iconic brands through unrivalled racing dominance, engineering prowess and countless innovations and industry firsts. Today that heritage and passion is reignited under new brand stewardship. 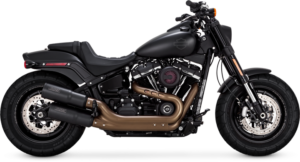